Unlicensed Medications – The Secret Behind Off Label Meds 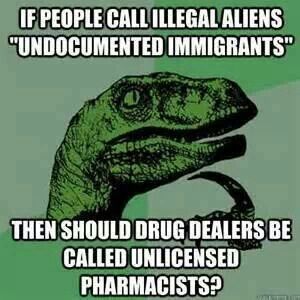 As a private practice, we are frequently approached by patients who require certain medications “off label” or “unlicensed”. This can sound quite scary for the average person who is deciding to undergo this route or for carers of the patient who may be nervous about what this may entail.

Here’s a little background on these off label medications….

Every drug is developed and tested for treating certain conditions. Clinical trials are conducted and the drug is deemed “safe” to use for its intended purpose. Occasionally, the initial purpose a drug is being developed becomes null and void when one of their “side effects” then becomes the more interesting feature of the drug. A good example is Viagra. Viagra was originally developed to treat high blood pressure and angina (chest pain). Its side effect- causing erections- became an unexpected and highly lucrative venture for the manufacturers. Another good example is Botox- initially developed to treat facial tics and spasms. When they had a side effect of decreasing wrinkles, this became its main and highly lucrative use.

Pharmaceutical companies are then allowed to patent the drug for a certain number of years. This is to allow them to claw back their investment in research and development that has gone into making those drugs. It is also to enable them to make a profit- they are a business after all. This system works well. If you consider the number of drugs that don’t make the cut for human use- which translates into millions of dollars of lost revenue for the drug manufacturer, its only fair that the risk they take gets rewarded when one of their experimental drugs do work.

So let’s say that viagra was indeed licensed for high blood pressure. Now according to the medical guidelines, we as doctors, should only prescribe them for that purpose. But we are highly trained and frequently have to use our judgement in every individual case to decide the best course of action for that particular person. Guidelines exist for a reason but at the end of the day, the reason our job is not done by a computer is because of the human quality, experience and instinct that we are able to hone over the years- that beats the computer. This means that I can now decide that for my patient with an erection issue, I can give him viagra in a suitable dose to help with his erection, but not any blood pressure issues (which he may not have). That would be a classic off label use of a drug.

Some examples of off label use medications are low dose naltrexone, clemastine, various hormones, aspirin, cholestyramine and metformin amongst others.

Now lets say that a drug that has been long approved and deemed safe for a purpose has now been found to have another use. A good example is LDN (low dose naltrexone). Initially developed for addictions, it is now used in a very low dose for immuno-modulation amongst other things. This benefit has been stumbled upon.

Our challenges as practitioners are listed below

I hope that this article puts things into perspective a little so that it can be more clearly understood where we- as practitioners- stand when we take the decision to use an unlicensed medication and so that you- as a patient or carer of a patient- will be able to make an informed decision as to how to decide if its the right option for you. It will probably mean more paperwork as we try to safeguard ourselves, we may ask you to participate in trials and we may even ask you to volunteer your time to help us analyse data and eventually make things more available in the future.

Do let us know if you would like to contribute anything at all ie ideas, time, money to help towards pushing these ideas forward. We have recently registered our charity Fighting Chance Foundation. But I envisage that its going to take quite a long time to get anything going mainly due to lack of time and staff at present. We would however, love to hear from you and know that we have some support.